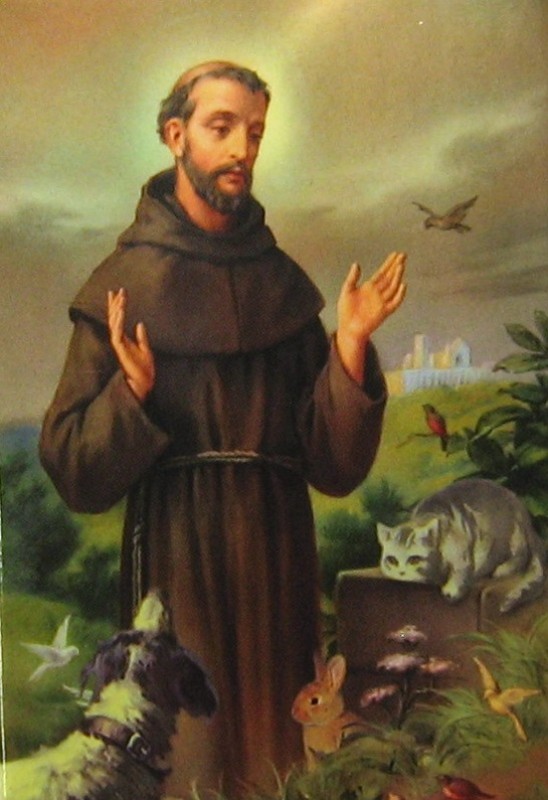 The school is named after the immortal Saint Francis of Assisi.Accordig to asurvey, he is the greatest man born during the second millennium. Men and women, regard less of creed,colour and nationality,have acclaimed him as theworld’s most in fluenti also cio-religiousre former.

Francis was born in Assisi,Italy,in 1182 as theson of Peter Berna done and Picca. He received his primary education at St.George Church.At the age of fourteen he join edh is father’s bus in essasamerchant.He enjoyed music and dance and was very popular among his friends. At seventeen he was drawn into a civilwar in the city.When he was twenty year sold, Assisi was defeated in a war with Perugia and Francis was imprisoned.When released, Francis returned home in broken health.Buton the wayhe fellill.During his recovery he had a mysterious dream which changed his life completely.

Upon his return t oAssisi,Francis was no more in- terested in fame,power or wealth.Moved by God’s grace, he opted for alife of poverty.He spen this time in prayer, austerity and service to others. Jesus Christ and His Gospel in fluenced Francis deeply.He formulated Rules for menand women who desired to follow him. He went about for several years proclaiming the

message of peace, joy and love to all. St. Francis died in 1226.His followers who are known as “Franciscans” constitute the largest religious group within the Catholic Church.

Through out the centuries,million of admirers allover the world have been at tracted by the life and ideals of St.Francis.His charmisperennial and his personality universal. MahatmaGandhi used to recite every day the peace prayer of St.Francis.

St.Francis saw God’s goodness in every creature.His“Canticle of the Sun”is considered the most beautiful poem in Italian.He is honoured as the universal patron of Ecology and of the Society of Prevention of Cruelty to Animals.

Love was the theme of St.Francis’life and peace his message.Assisi has be come asynonym of peace.The World Conference of Peace which was attended by leaders from every religion was held in Assisi in 1987 and in2002.

The first Francis can sarrived in India in 1292. Since then the sons and daughters of St. Francis have contributed immensely to the development of our country.Our school is truly proud to have such an illustrious patron.May St.Francis help us to live the values he cherished most:simplicity,peace,love and universal brotherhood.
Peace and Joy !